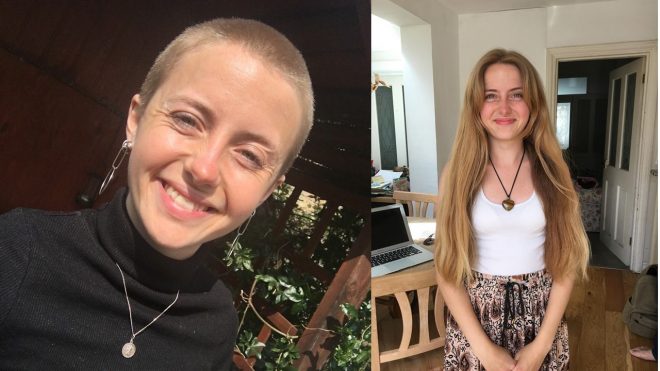 “As a student, coronavirus has affected my life in a variety of ways; I’ve had to return from my semester exchange in Montreal, I’ve gone back to living with the parents instead of with my partner, the questions of my living circumstances for next year have become evermore uncertain, and my course went online, ending three weeks earlier the expected, supposedly because it was easier to give students 80% on their final exams than suffer professors’ poor WiFi.

The decision to leave Canada and return to the UK happened in a day. On the Tuesday, my partner and I thought that it didn’t seem so bad; the shops had gone a little crazy (albeit only a single-digit number of cases had been recorded in Quebec at the time), and my university had closed for a fortnight, but this would all blow over. On the Wednesday morning the news told us that Boris intended to start some restrictions on flights in and out of the UK. Our money pot was not big enough to sustain us in Montreal much further than our leave date, the 3rd of May; we couldn’t afford to be stuck in our long-stay Airbnb, and in any case, we were worried about our families. After a two minute call with my dad who reassured me that whatever decision I made was the right one (a wise albeit useless piece of advice), and a similar call between my partner and his dad, we booked our flights to Gatwick. A week later we found ourselves in an extremely empty airport, washing our hands ten to the dozen, and attempting not to let any dust make us sneeze should we be accused of having the virus and be refused our passage home.

On arrival we had the usual issues of a lack of pick-up places that doesn’t cost a fortune and the greetings of family members we hadn’t seen in months, so with a distracted peck goodbye, I parted from my fiancé with the promise of meeting up in a week or so. Seven weeks, multiple virtual dates and a parcel with clothes packed in the wrong suitcase, on, we have admitted defeat, giving up on said promise.

The Space to Listen
Coronavirus has caused everyone to make amendments to their daily dos, which can be quite disorienting. Not just in terms of living circumstances, but in providing an unprecedented space
for reflection and stillness. My life is fairly busy usually and within a week or so I lost my study, I became unable to meet up with friends, and everything around me seems to have gone quiet. This, I am sure, is not an unfamiliar story to many people around the world at this time. So, what happens when the silence befalls us? We begin to listen.  Growing up, we are guided into what it is we are meant to be doing; school, college, etc. Like many students (I believe), I cannot say I entered this year unafraid of the work world that awaits me once my studies cease. The first unguided part of life; moving out officially, deciding how to spend my time, entering the professional field, starting a family perhaps. While many freedoms seem to have been stripped, something this time has given me is the freedom of just doing what I like doing. I have recently launched a digital magazine called ‘The Philosopher’s Review’, which covers a broad spans of topics worth discussing. The Philosopher’s Review hasn’t just given me a pass-time, but ideas for the future. Perhaps editing is a pathway I could pursue after university, and instead of being scared for that day to come, I now wish it to come with speed, excited for this once-daunting chapter to begin.

Having spoken to other student friends their experience in quarantine so far has not been all that dissimilar to mine. Although some already knew where they wanted to start career-wise, and
others still have no clue, a running theme is the appreciation and gratitude for time and space to listen to themselves. Life can become so busy that instead of being able to decipher what is being said by multiple voices, all one hears is white noise. While it is a freedom to have a symphony of sound, it is equally a freedom to have silence, albeit a less recognised one. For the first time in many people’s lives we are given the freedom to listen to the silence. We are able to discern what to fill it with now. For myself, I am discovering what my future could hold and developing a sense of purpose. Indeed, I think there is a recognition coming, of what we might collectively fill this silence with, the multitude of expressions of humanity that communities can bring to the stage. So, let us take this chasm of silence, that quiet abyss, and embrace the freedom we now possess; the freedom to listen.”

(If you’d like to read the May 2020 issue of The Philosopher’s Review, just email thephilosophersreview@gmail.com )

Ed:  We wanted a picture of Lucie, but which to choose?  During the lockdown she cut her hair to donate to The Little Princess trust, which makes real-hair wigs for children and young people undergoing treatment or with other conditions, and in support of CALM mental health charity.  Lucie brilliantly raised over £900!