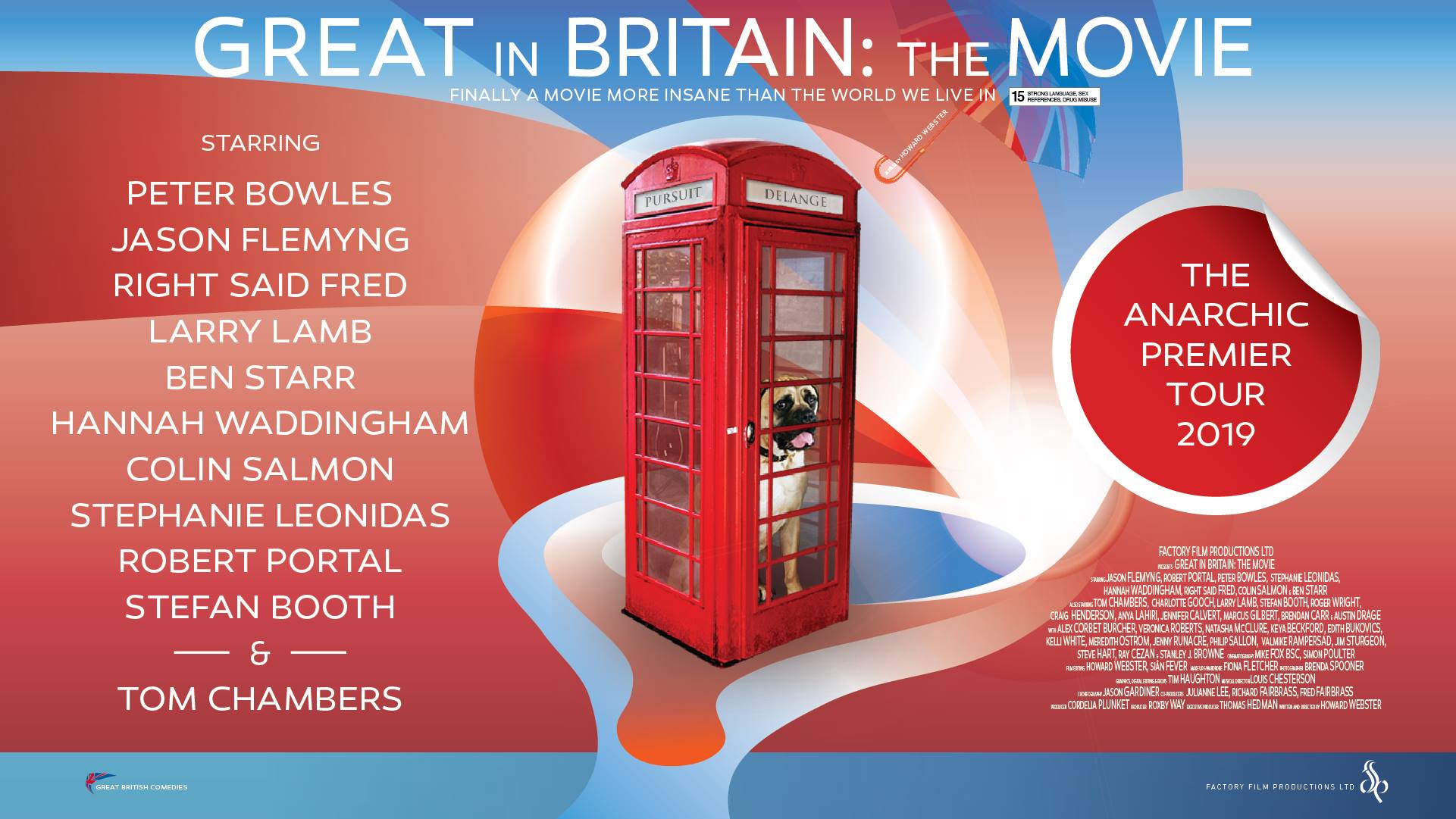 Great Britain: the movie is a ‘cult’ British comedy movie in the making. Written and directed by writer and photographer, Howard Webster, “Great in Britain: The Movie” began production in March 2014 with its final scenes being shot at the end of 2018. Post production for the theatrical release of the movie ended in January 2019.

Join us and some of the film’s stars for its official UK premier in Kew Community Centre, St Luke’s in The Avenue, on Monday 25th March from 6.30pm.

‘15’ certificate, not suitable for children.