Talk: Richmond and Mortlake’s part in the founding of America and the launching of the British Empire 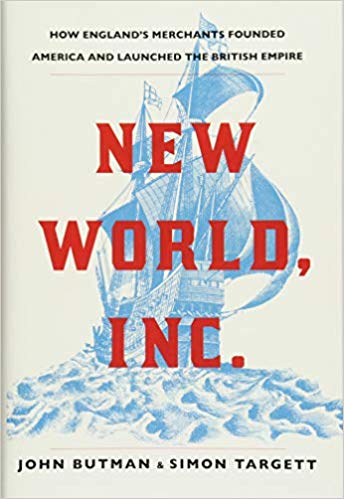 Dr Simon Targett is a former Financial Times journalist who lives in St Margarets and is a member of the Richmond Local History Society. His book, New World Inc: How English Merchants Founded America and Launched The British Empire, co-authored wth American business writer John Butman, was published in 2018 by Atlantic Books. It tells the story of how England’s merchant adventurers founded America before the Pilgrim Fathers.

Richmond and some neighbouring villages played a significant, if walk-on, part in the story of America’s founding and the launch of the British Empire. At her palace in Richmond – her favourite residence and the place where she chose to take her last breath – Elizabeth I met with financiers, adventurers and colonists who were involved in the settling of America. Meanwhile, Syon House and, a little further away, Mortlake, were places that left their mark on the story that unfolded more than 400 years ago.