The Peterloo Massacre at 200 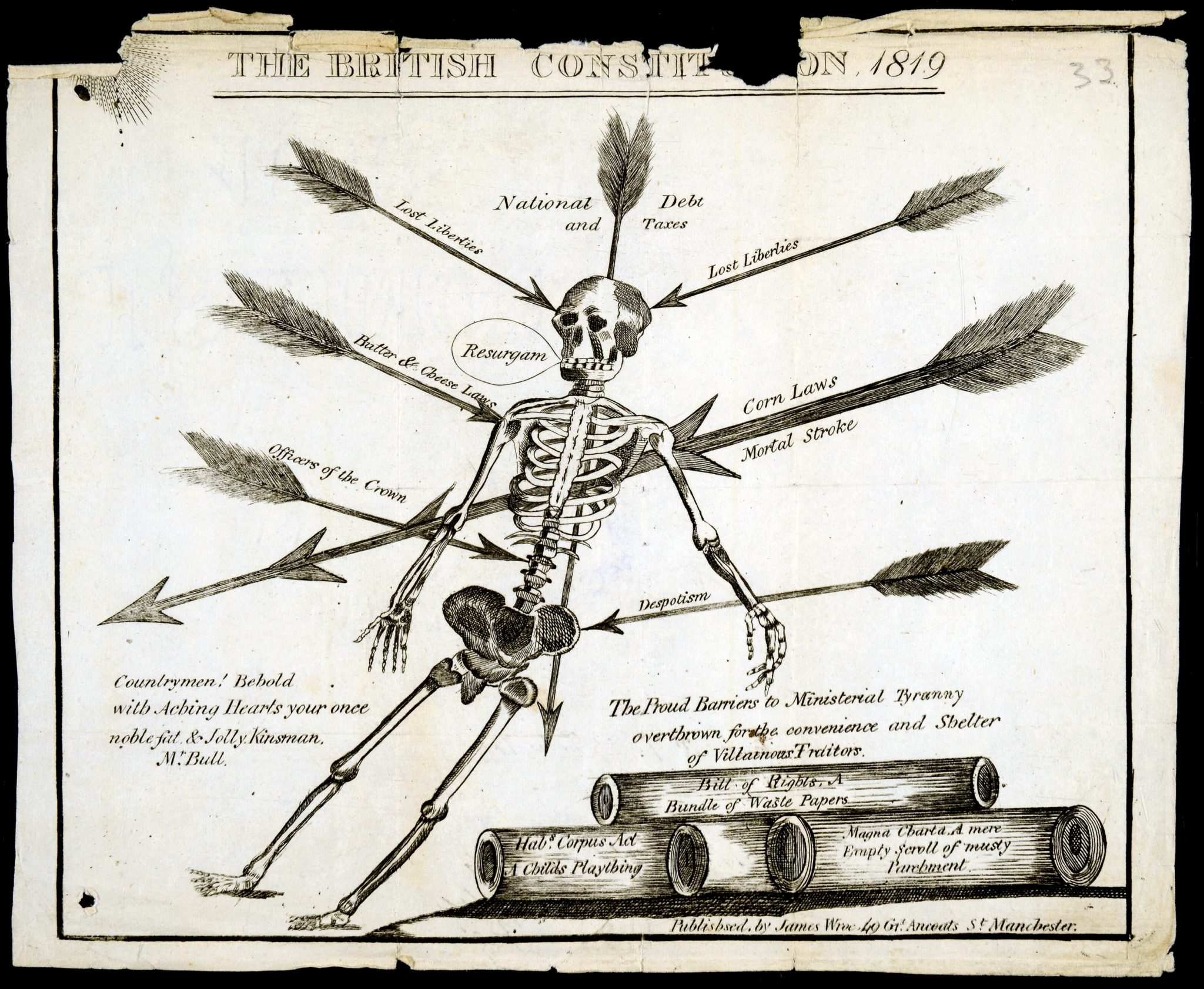 On 16 August 1819, 60,000 peaceful pro-democracy protestors gathered in Manchester. They were charged by cavalry, leaving at least 15 dead. This event became known as the Peterloo Massacre.

200 years on, our experts will examine Peterloo’s impact on the parliamentary reform movements; on the use of the military to maintain civil power; and ask what bearing the massacre had on the way we think today about the history of democracy. Footage from Mike Leigh’s acclaimed Peterloo, and original testimonies, will provide context.

Friends of The National Archive will receive a 20% discount on their ticket.