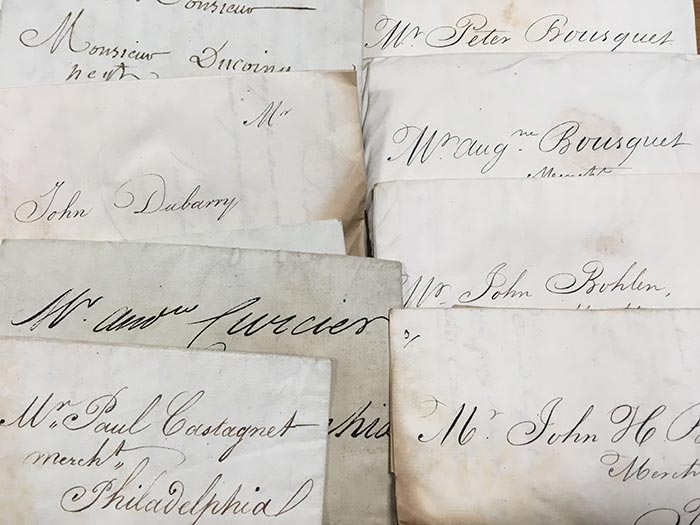 As pirates buried their captured gold and jewels, their legal cousins – privateers and navies – left a written treasure almost as well hidden. Thousands of letters sent across the seas were swept into their captors’ hauls, brought into court, and forgotten. If delivered, the letters would likely not have survived. Written by people of all ranks – wives and husbands, parents and children, partners in business – they speak of hope and death, news and gossip. These letters come to us from an expanding world of slavery and sugar, European colonisation and trade, peace and war: the precursor to our world.

Dr Amanda Bevan is Head of the Legal Records Team and is a specialist in the records of the early modern period. Since 2013, she has been working on a major international project to catalogue and digitise the undescribed Prize Papers – papers seized from ships captured in wartime between 1650 and 1815, and submitted to the High Court of Admiralty as exhibits to prove their enemy status.