A day of fun, fund raising and great community spirit at the 2019

Kew Midsummer Fete celebrated its 10th Anniversary in style on Saturday 22nd June with brilliant sunshine as thousands of visitors flocked to Kew Green for this annual highlight of the summer season which began in 2010, thanks to some enthusiastic Kew residents. Their aim in reviving the Fete (which had been a 250-year old tradition), was to showcase the best in the community, support local businesses and charities and provide plenty of attractions and fun for all the family.

Thanks to another fantastic day, £19,040 was raised this year bringing the overall total over 10 years to an amazing £150,019! This is all for local good causes and this year the funds have been divided between 14 great charities: 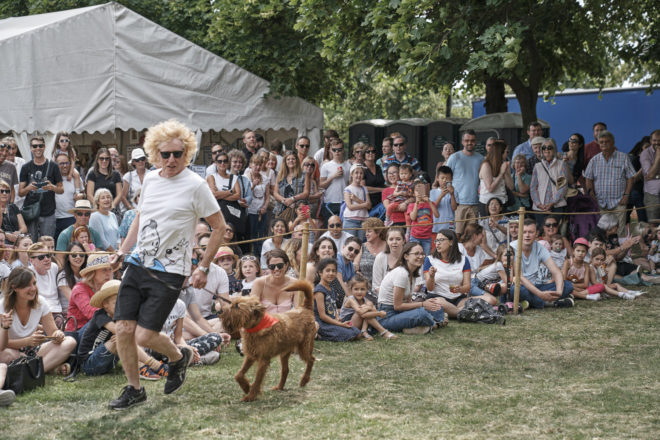 The fete was a day of fun and laughter and great community spirit with wonderful, talented acts on The Stage, including fabulous Bollywood dancing from girls at the Old Vicarage School who opened the show, to Darrell School Choir, local newcomer, singer Tom Wykes, performances from Q2 Players, Richmond Symphonic Concert Band, karate from FSKA in Kew and Crouching Tiger Karate and Kew Dance Arts. The Deputy Mayor of Richmond also addressed the crowd to praise the event’s charity fund-raising. 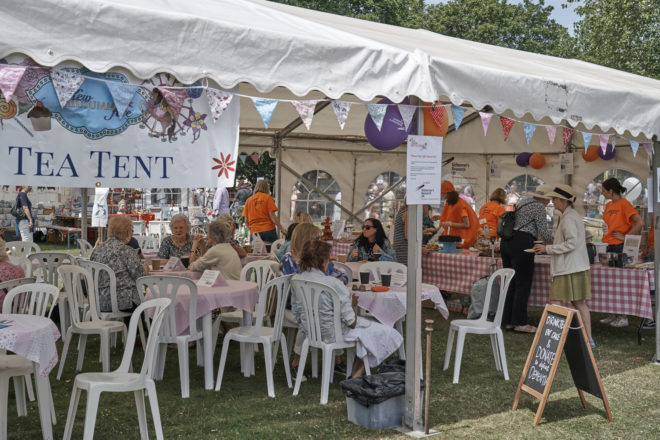 Over 110 amazing stalls did brisk business, including charities and those selling some incredible hand-crafted goods with everything from jam to jewellery, cards to cushions, paintings to plants, candles, bags, clothes, hats, scarves, baked goods, glassware and ceramics. Then there were all the adorable dogs parading in the Dog Show, competing in seven categories with some fantastic entries in the ‘Dog Most Like Its Owner’. Celebrity judge, actor Russell Tovey who is a huge dog fan took on the tough challenge of choosing the winners and brought along his own French bulldog ‘Rocky’! Then there was the fun of Reuben Bond’s traditional Victorian fun fair, the mobile farm and inflatables, beat the Goalie, run by Kew Park Rangers, a show of strength in the tug of war and loads of delicious food and drink to suit all tastes including the Fuller’s Bar and our great Tea Tent run in aid of the Alzheimer’s Society with cakes baked by volunteer group, Bake A Difference. The charity raffle sold more tickets than ever before and the Lucky Dip sold out! It was the happiest of days for the Committee and all the fantastic sponsors and volunteers who make the whole event possible and everyone who came along seemed to have a great time. 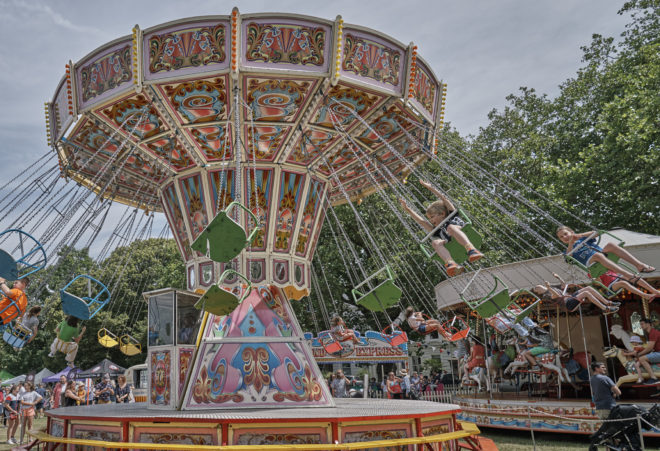 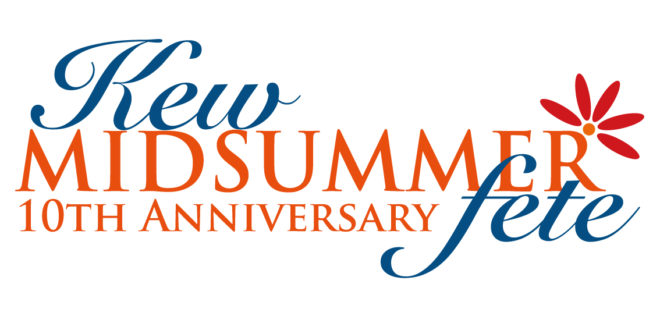