Kew Sparkle is an annual Kew local Community Christmas event held on the first Friday in December from 5-8pm.

The village is illuminated by thousands of Christmas lights hanging in and from the trees. Alongside Kew Sparkle fundraising events are held to raise additional funds specifically for the lights. These usually include an evening event attended by the local community as well as several schools holding a “Christmas Jumper Day”.

On the stage, our local primary schools showcase their musical talent, followed by local singer and compere, Shelle Luscombe, as well as a Christmas Carol Sing-a-Long.

Sadly, due to the Coronavirus pandemic, the Kew Sparkle Committee have had to cancel Kew Sparkle 2020 – there is a possibility another smaller scale event may be organised. Watch this space for more detail!!!

Each year, a local charity is chosen to benefit from the proceeds of a raffle. In 2019 the Kew Sparkle supported the Vineyard Community Centre. Kew Sparkle is proud to have raised £2250 for them from this fun-filled family evening.

You can apply for a stall at Kew Sparkle 2021 when the application process opens at the end of the summer next year.

Charities who have benefited from the proceeds of Kew Sparkle in the past are: 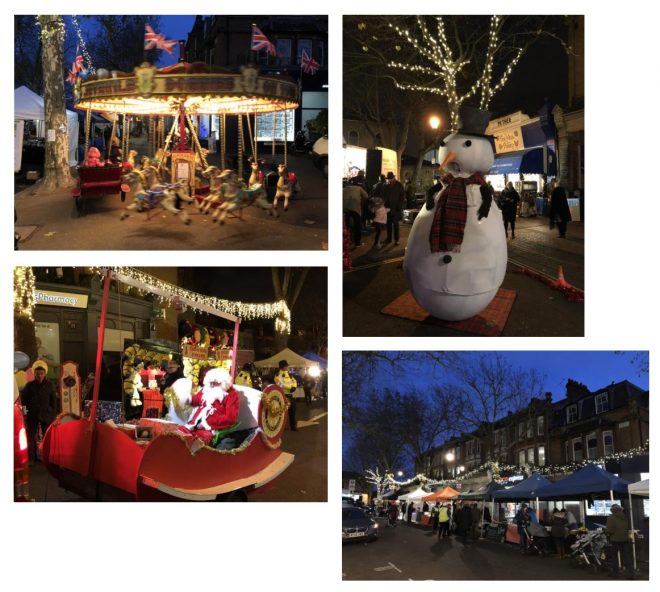